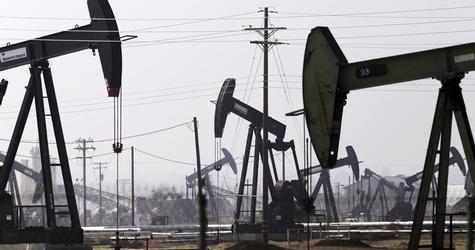 The Middle East is the only bright spot in the global oil and gas sector as it is expected to see an increase in spending by international majors, even as they slash expenditure elsewhere.

Spending on global exploration and production projects is expected to drop by nearly 9%, according to Barclays Capital, with virtually all major regions expected to witness a decline in expenditure. Actual spending may be even lower, as the forecast is based on an average Brent crude price of USD 70 per barrel, much higher than its current level of USD 50 per barrel.

"Middle East spending [is] the only area of growth, up 14.5 percent," Barclays' analyst David Anderson and colleagues wrote in a survey of 225 oil and gas companies.

" Saudi Aramco and ADNOC [Abu Dhabi National Oil Company] are defiantly moving ahead with activity levels on projects largely unchanged as both are prepared to accept lower oil prices in the near term, with the expectation of improvement toward the end of the year."

Oil and gas firms are reeling from a plunge in crude prices of nearly 50% in the last six months, forcing many to cut their budgeted expenditure for this year.

However, companies will continue to invest heavily in Middle Eastern countries, which are often seen as some of the lowest cost producers in the world.

"Collectively, Saudi Aramco (Saudi Arabia), ADNOC (Abu Dhabi) and Kuwait are planning to increase spending by 14.9% in 2015, compared to an estimated increase of 15.7% in 2014," Barclays E&P Spending Survey shows.

National oil companies (NOCs) are planning to cut upstream spending by only 1% in the wake of OPEC's decision to leave production quotas unchanged. This not only reflects Saudi Arabia, Kuwait and the UAE's decision to keep activity at elevated levels, but also the lower volatility in NOC spending.

"First, the substantial size of the NOC capital programs makes it difficult to meaningfully shift spending dollars from one year to the next, particularly as development projects have become more complex and take longer to finish (not just drilling and completion, but also infrastructure).

"Second, the NOCs need the oil revenue both to support state budgets and to fund subsidies that have increased following [the] Arab Spring. Therefore, even though the call on OPEC crude has dramatically fallen in recent years, spending must be maintained to offset any social issues that may arise," Barclays noted.

Oil rigs count in Saudi Arabia stands at 200-210, with another 30-40 rigs expected to be added this year. Oil services firms are also reporting improved pricing on expansion work or new bids in the kingdom over the past 12 months.

"Many accounts suggest Aramco is preparing for a further build in activity, requesting more equipment and technical talent to be brought into the country," Barclays said.

"Interestingly, Aramco voiced concerns last year that service companies weren't keeping up on the technical talent front, which likely makes Halliburton's acquisition of Baker Hughes all the more concerning to the kingdom."

While authorities in the UAE, Saudi Arabia, Kuwait and Oman have signaled that they would continue with oil and gas expansion plans despite the drop in prices, it is likely that some projects may face headwinds.

Earlier this month, Saudi Aramco halted plans to develop its USD 2 billion clean fuels project, according to a Reuters report, in a sign that some projects may be rationalized.

Energy consultancy Wood Mackenzie believes as much as USD 127 billion of global industry investment is at risk of deferral in 2015.

"A 37% drop in spend across the sector will be needed relative to 2014 to maintain current debt levels if Brent remains at USD 60 per barrel in 2015," according to Wood Mackenzie's latest outlook.

The consultancy noted that only three of the top 40 international oil companies generate sufficient free cash flow to cover spending.

"Some independents have already cut 2015 discretionary spend; indicating USD 70-75 per barrel assumptions," Wood Mackenzie said in a report. "Spend would need to be cut by USD 170 billion or 37 percent, year on year, at USD 60 per barrel to keep net debt flat." 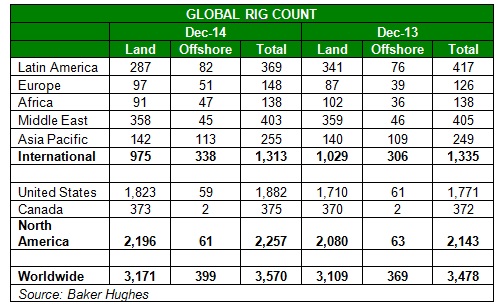