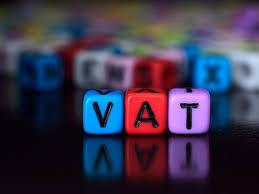 The Federal National Council (FNC) approved the draft law last month and the final law is waiting for the presidential approval.

With the imminent VAT implementation, tax practitioners, technology consultants and relevant government departments are gearing up for the new tax regime in the country.

The Ministry of Finance has begun countrywide awareness campaign to educate various stakeholders on the collection of value-added tax (VAT).

In preparation for the GCC-wide implementation of VAT, each member state of the GCC will establish their own separate national legislation concerning VAT and as such the detailed compliance requirements and set of rules will be outlined in respective legislation. The GCC VAT Framework Agreement allows member states until 1 January 2019 to implement the tax. The UAE government is expected to release domestic VAT legislation by mid-2017 with detailed regulations.

Meanwhile the UAE Ministry of Finance has put out some information on various aspects of VAT including its definition and who should be getting ready for the implementation at its website.