A Different Sort of Hunger Can Get Things Done 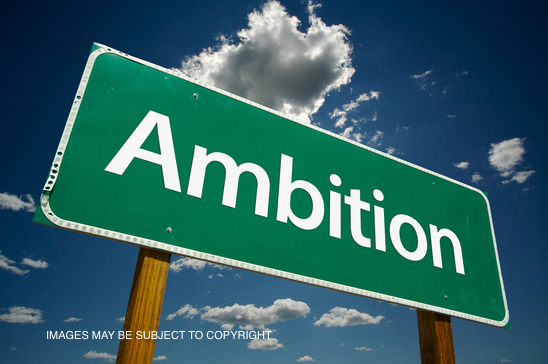 “The challenges have increased, the ambitions have widened and expectations have increased,” His Highness Sheikh Mohammed Bin Rashid Al Maktoum, UAE Vice-President and Prime Minister and Ruler of Dubai, said at a recent brainstorming session at his office in Emirates Towers.

After his recent micro-monitoring to spur his senior executives into action, Shaikh Mohammed stressed the need for more energetic activity, new ideas and strong determination. You could surmise it to say, more ambition …

For Sheikh Mohammad ambition isn’t optional. He grew up in a time when the hunger of need was essential. Then, for Dubai to survive, ambition was mandatory.

Dubai’s history is marked by a hunger of need, not of want. A hunger of need is when you have to do something and you can’t live without it.

This need to survive drove Dubai’s early ambitions. A want, on the other hand, is something that is nice to have. You don’t really have to have it, but you do “desire” it and would be happy to get.

When you’re hungry, you naturally become obsessed with satisfying that hunger. This type of hunger is what fuels ambition. A hunger of need makes you do what you may not do otherwise.

Painful, but satisfying, hunger pangs drive you to find food where before you might not have looked. When starved, your ambition drives you.

The early days in Dubai were a tough time. It created the ‘it must be done’ mentality. There was no choice. Later this choice became a challenge to do more.

Survival turned into a habit.

When you’re hungry for so long, it becomes your habit. The desire to achieve is addictive. When huge ambition is commonplace, it naturally becomes your own habit.

Seeing the biggest, tallest, and fastest being erected around you, you feel left out if you can’t yourself lay claim to a super accolade. After being in this environment for a while, not thinking big seems odd.

Operating without fear of the size of an idea is the essence of this leadership habit.

Let’s get right to the point: in order to achieve something big you have to have big ambition, whether it’s driven by survival or want. You have to desire something so much that you strive for it with focused urgency.

It’s clear that Dubai has done more than survive. But Sheikh Mohammad wants more for Dubai. This move from doing something because you have to in order to survive to doing it because it is now part of your DNA is what I call “the hunger of habit”.

A habit is what you do because it is natural to you.

Combining ambition with a need, real hunger certainly arouses action. When you’re hungry, really wanting something, you’re willing to do whatever it takes to get it.

This hunger is uncommon generally, but ever present in leaders who achieve what others only dream about. In order to achieve, you need both the wanting and the willingness.

This alchemy between hunger and ambition is what leadership is all about. The question is: Are you hungry enough to achieve grand results? To achieve what others are afraid to even talk about?

By the way, delivering on your annual target isn’t ambitious; it’s expected. Ambition is what makes other take notice. It defines industries and best practice.

You need the type of ambition that makes others say, “Impossible!”.

Achieving what others do isn’t classified as ambitious and certainly isn’t acceptable for real leaders; their hunger of habit is too great to ignore. Yesterday’s ambition is never sufficient for tomorrow.

Ambition is more than an idea or a dream; it’s a determination to achieve something big. This is why Shaikh Mohammad said, “Peaks require mettle and those who want to achieve the first places will have to devote precious time for the endeavour.”

Ambitious leaders are so hungry that they have the pursuit of a starved man.

Are you still hungry? You better be.