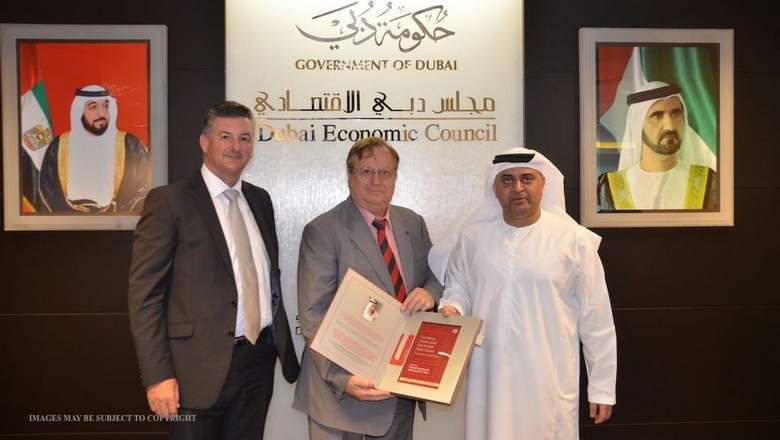 Al Hamli was speaking after signing a memorandum of understanding (MoU) between the Dubai Economic Council (DEC) and the British Business Group Dubai and the Northern Emirates (BBG), establishing a partnership for a common agenda on the development of two-way economic relations.

Al Hamli said the UAE is at the forefront of Britain's trading partners in the GCC and the Middle East, and 10th in the world. He said: "We confirm our continued commitment to further developing the historically strong political and economic relationships we have enjoyed with the UK."

Al Hamli said the UK has maintained its position as Dubai's third largest European trading partner (14 per cent) during the first six months of this year to the tune of Dh13.3 billion. The UK provides services and goods across a variety of trade sectors such as education, healthcare, technical and management consulting and others.

According to Al Hamli, the pace of trade between Dubai and the UK has increased during the past few years and has included direct and indirect trade, especially through Jebel Ali Free Zone. He added that the real estate sector was at the forefront of sectors that attracted British investors. The last few years have witnessed a remarkable level of investment in real estate by British investors, particularly in the high-end areas such as Dubai Marina, Downtown Dubai and Palm Jumeirah.

Britons also comprised the largest number of European tourists coming to Dubai. According to statistics, Britain tops the list of the first three countries exporting tourism to Dubai. In addition to economic and trade relations, there are close cultural and sporting ties between Dubai and Britain.

Al Hamli said Expo 2020 would boost British investment in Dubai and praised the important role played by the British Business Group in strengthening economic relations between Dubai and the UK and in assisting the interests of British business in Dubai. "It is expected that Expo Dubai 2020 will present great opportunities for British companies already operating in Dubai as well as attract new British investors to the emirate," he said.

BBG chairman David J. Burns said: "With the renewed sense of vigour the British government is placing on further developing international trading partners, forging closer links with entities like DEC is a key focus for the BBG in the years ahead.

"Dubai and the UAE is an important trading partner for the UK. The special relationship that has been developed between our two economies over the last century is only going to become stronger and more economically beneficial for both nations in the coming years."The DEC and BBG will spearhead efforts to carry the message to our respective business leaders that the UAE remains an attractive investment opportunity for British business and is becoming an even more exciting destination for British tourists and visitors."