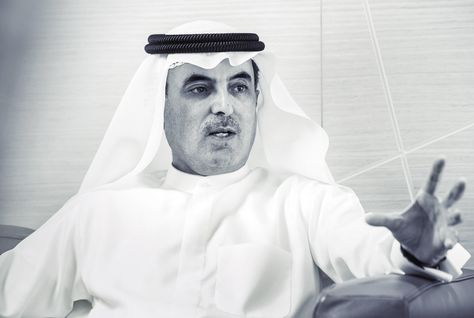 Under the modus operandi" initiative launched earlier this year, banks are working to help more than 1,700 SMEs and corporates in the country, the organisation said in a statement which also praised the UAE's move to establish a bankrupcy law, highlighting the benefits it will bring to bosses of small and medium-sized businesses (SMEs).The CEO Advisory Council of the UAE Banks Federation, the body representing 49 banks in the UAE, welcomed the progress made in bringing the bankruptcy law into force, and recognised the mutual benefit it will bring both to banks and owners of businesses.

Last month, it was reported that the UAE may finalise a long-pending bankruptcy law by the end of this year.

The UAE does not have modern bankruptcy regulations, making it difficult for companies to restructure or wind themselves up. Under existing legislation, unpaid debt or the issue of a bounced cheque can lend businessmen in jail.

At its third meeting of the year, chaired by Abdulaziz Al Ghurair, members said the new legislation will supports its "modus operandi" initiative launched earlier this year.

The initiative aims to work with lenders to SMEs experiencing repayment difficulties to agree to a process to enable the companies to reschedule their debt and continue business as usual.

Members of the Council acknowledged the significance of the SME sector to the UAE economy and noted the important role that bankruptcy law are playing in other dynamic economies around the world.

They also said that the existence of a bankruptcy law is a critical factor in both stimulating new entrants to the SME sector, as well as inward investment from overseas.

Al Ghurair said: "We commend and welcome the legislation of the bankruptcy law, which the government has recognised as a pre-requisite to the country's future economic development, and as an essential tool to maintain the well-being of the business and environment economy.

"All banks were involved and responsible to consider every option to support their clients, and help them stay in business and succeed, especially SMEs which represent over 90 percent of the country's non-government GDP.

"He added that under its SME rescue plan, banks have restructured or started talks to restructure loans worth AED7 billion for more than 1,700 SMEs and corporates.